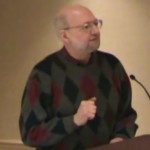 Marc Jampole wrote Music from Words, published by Bellday Books (2007). His poetry has appeared in Evansville Review, Mississippi Review, Cortland Review, Vallum, Slant, Cutthroat, Ellipsis and other journals. Over the years, four of his poems have been nominated for the Pushcart Prize. More than 1,500 freelance articles he has written on various topics have been published in magazines and newspapers. Marc also writes the OpEdge blog, which appears on the websites of two national publications.

Has given poetry readings throughout the country, including in New York, Boston, Pittsburgh, Cleveland, Durham, Los Angeles, Raleigh, and Seattle.

Writes the popular OpEdge blog, which analyzes the propaganda techniques and hidden ideology of the mass media and mass culture in the United States. OpEdge currently has more than 35,000 followers and appears on the websites of two national publications, Progressive Populist and Jewish Currents.

Has written more than 1,500 articles on various topics that have appeared in national and regional newspapers, magazines and professional journals.